The FTSE 100 stock, which has been trading sideways recently, fell below 45p a share this week. 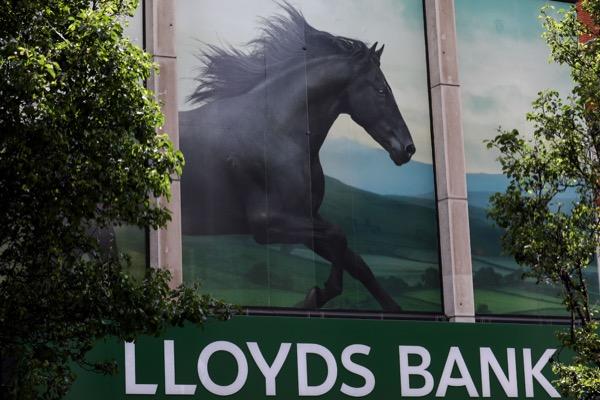 Lloyds Banking Group’s new chief executive Charlie Nunn is off to a rocky start. At least that’s what the bank’s share price performance so far this week is telling us.

Nunn assumed his new role officially on Monday. Lloyds shares have since fallen 3.4%.

Market performance aside, Nunn says he feels ‘privileged’ to step into the role of chief executive, as Lloyds ‘is an organisation I’ve observed and admired from a distance for many years’.

‘So while I have a good feel for the business and its role in the sector, I know I still have a lot to learn about Lloyds Banking Group – and there’s nothing like getting up close and personal to really understand an organisation,’ he wrote in a post on day one.

‘That’s why I’m planning to spend the first few months getting to know our people, our customers and our business better before outlining any strategic plans.’

He will then turn his attention to the group’s “Strategic Review 2021”, first announced in February 2021. Other matters, including a recent £390 million acquisition of retirement solutions provider Embark, will likely be high on Nunn’s to-do list.

The former HSBC executive’s appointment was first announced last November, replacing Antonio Horta-Osorio, who held the position for a decade.

Why are analysts divided on the stock?

Credit Suisse, JPMorgan and UBS analysts then raised their target prices on Lloyds shares, which are up 27.5% so far this year.

Credit Suisse maintained an ‘outperform’ call on the stock while lifting the price target on LLOY to 61p from 60p a share, on the back of higher revised earnings for the rest of 2021, 2022 and 2023.

UBS raised its price target to 55p from 54p previously alongside a ‘buy’ rating, while JPMorgan, which continues to recommend ‘outperform’, is now eyeing a fair value estimate of 60p, up from 59p before.

However, Goldman Sachs cut its rating on the stock to ‘sell’ from ‘neutral’ and price target to 45p from 50p.

Feeling bullish or bearish about Lloyds? Take your position today