Wheat prices could be hitting record highs again this week. While Russia and Ukraine together generate 30% of global production, exports from both countries have all but ceased. 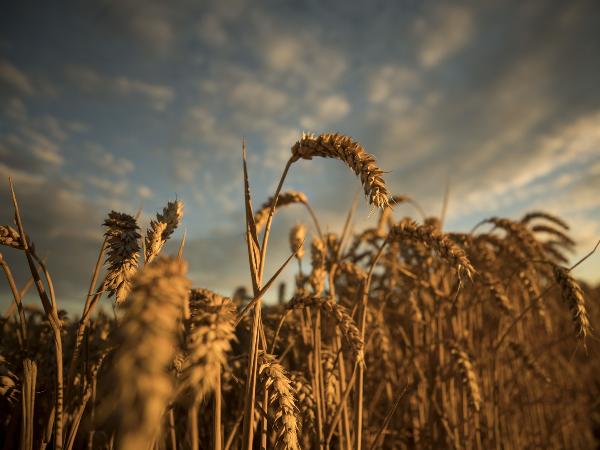 As Ukraine prepares to enter its third week of war with Russia, the outlook for commodities has been drastically altered. Metals Nickel, Palladium, Gold, and Aluminium are all at record or near-record highs.

And with the war continuing to escalate, new commodity records could be here soon.

Less reported is the impact on global wheat prices. Global benchmark Chicago Wheat is at $12.29/bushel, dipping from its $13.63/bushel record last week. For context, the benchmark was trading under $8/bushel in mid-February. And it was only $5/bushel in mid-August 2020, as wheat prices were already under strong inflationary pressure exacerbated by the covid-19 pandemic.

Moreover, the limit price of $0.85 a day for wheat futures has been hit multiple times over the past few days, while further rises could be imminent as 61% of IG clients are currently long on the market.

According to the US Department of Agriculture, Russia was the world’s leading exporter of wheat in the last marketing year (ended June 2021), making up 20% of global exports of 39.1 million tons of wheat. With Ukraine also accounting for 10% of exports, a third of the global supply has now dried up.

Ports in Ukraine are closed, preventing shipments from both countries from departing. But the long-term problem is future supply; the physical impact of war is destroying crops, and many Ukrainian farmers who would usually begin planting wheat in Spring are instead fighting Russians or fleeing the country.

And helping drive record wheat prices is a squeeze on short positions held before the war in Ukraine began. AgResource says ‘the short squeeze in wheat has been breath-taking as the world lost 30% of its export capacity due to Russia’s war on Ukraine and closure of Black Sea supplies… Importers will draw down their own domestic stocks and scour the world for additional supply for April/May.’

And StoneX analyst Arlan Suderman believes ‘the Black Sea absence is already hitting hard as global importers desperately seek replacements.’ The impact on countries dependent on Ukrainian and Russian supplies will be acute. Egypt’s state procurer of wheat has had to cancel two orders in the past week for overpricing and because companies are refusing to sell their supplies.

Mirette Mabrouk at the Middle East Institute believes that ‘bread is extremely heavily subsidized in Egypt, and successive governments have found that cuts to those subsidies are the one straw that should be kept off the camel’s back at all costs.’ But this will become increasingly difficult to maintain.

Wandile Sihlobo at the Agricultural Business Chamber of South Africa says African countries imported $4 billion of agricultural products from Russia in 2020, 90% of which was wheat. The continent is being forced to source this supply elsewhere, dricing up prices. 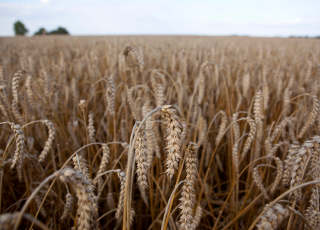 Russia also produces 13% of the global total of potash, phosphate and nitrogen-containing fertilisers, amounting to some 50 million tonnes. And the country’s Ministry of Industry and Trade has put restrictions on some exports of fertiliser and fertiliser ingredients, which is being compounded by insurers who are refusing to cover Russian exports for fear of a future embargo.

Russian gas, another essential component of fertiliser manufacturing, is also at record prices and under threat of future sanctions. Fertiliser prices are already surging close to £1,000, up from around £650 last week, as farmers stockpile fearing continued price hikes.

The National Farmer’s Union says prices for nitrogen fertiliser are already up 200% since last year, leaving famers forced to buy less, leading to a lower yield production, further driving up wheat prices. Julia Meehan at commodity agency ICIS argues ‘all everybody is talking about is availability (of fertiliser). There are huge concerns.’

And Yara International CEO Svein Tore Holsether believes ‘it’s not whether we are moving into a global food crisis – it’s how large the crisis will be.’ He maintains that ‘we were already in a difficult situation before the war... and now it's additional disruption to the supply chains and we're getting close to the most important part of this season for the Northern hemisphere, where a lot of fertiliser needs to move on and that will quite likely be impacted.’

Ukraine is oft-cited as ‘the bread-basket of the world;’ its national flag a field of wheat under a blue sky. With supply collapsing, the wheat price could soon hit new highs.

Over 35 commodities at your fingertips – trade spot, futures and options plus invest in stocks and ETFs all on one award-winning platform.* View our commodities offering or begin trading now.