Uranium is unloved due to its affiliation with nuclear disasters. But with its spot price surging amid political unrest in global supply leader Kazakhstan, some uranium stocks could soar. 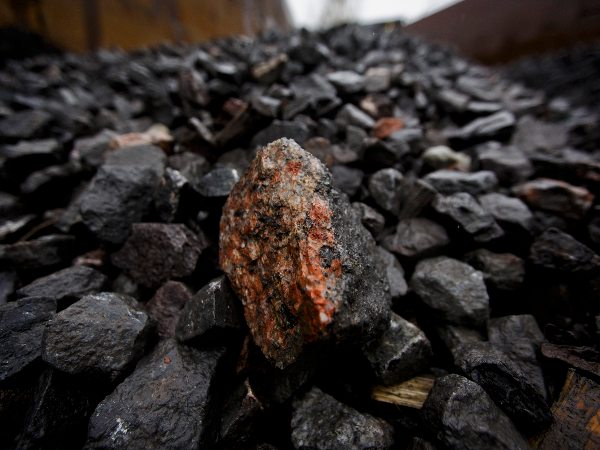 Uranium has historically been an unpopular commodity amongst investors compared to alternatives such as gold, platinum or silver. And it’s not hard to see why. Due to its radioactive nature, it’s impossible to buy the material directly and take physical possession. And many appreciate the safety of physically owning their commodities.

But the true source of its unpopularity is its close association with nuclear energy, and the destruction wrought since the closing days of the Second World War. In Japan, Hiroshima, Nagasaki, and Fukushima continue to breed distrust of the energy source. Japan’s nuclear power usage has fallen from 30% prior to the meltdown to around 7.5% today. But it’s still planning to increase it to 20% by 2030. And this speaks volumes about the future of nuclear energy.

Together these disasters changed the way the world viewed the safety of nuclear power. Germany plans to shut down all nuclear reactors by the end of this year. And Australia, which has the largest uranium reserves in the world, has a complete ban on nuclear power stations.

But fossil fuels will run out by 2060. Difficult decisions around the future of energy will need to be made soon. According to the US International Energy Agency, global energy demand has trebled between 1980 and 2018, and electricity demand is rising faster than renewables can keep up.

Moreover, in the wake of the COP 26 climate change summit, governments and corporations are pursuing net-zero targets within the next few decades. In August, the Intergovernmental Panel on Climate Change published a report which concluded that it had ‘high confidence’ that human activity is partially responsible for recent environmental disasters, including the European flooding in July last year and the US’s Hurricane Ida.

One way or another, the world will move on from fossil fuels. And nuclear energy will form part of the answer. Unlike solar or wind, it provides a consistent stream of energy, already meeting 10% of global electricity needs. 70.6% of France’s energy is nuclear-powered. In the UK, it’s 20%. And engineering jewel Rolls-Royce is developing Small Modular Reactors that are significantly cheaper than the ones due to retire in 2026.

Even China, which accounts for 36% of global greenhouse emissions, has put aside $440 billion to transition to clean energy by 2060. It’s planning to build 150 new nuclear reactors over the next 15 years, with only 440 currently in use worldwide. 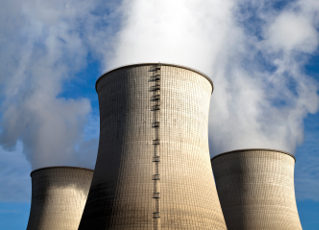 After Fukushima, distrust of nuclear power saw global demand for uranium slump. At the same time, former Soviet satellite Kazakhstan significantly increased production, making it impossible for other suppliers to cut supply to support prices. The country’s state-owned Kazatomprom produced 10% of the world’s uranium at its price peak in 2007, but this has since increased to 43% as of 2019. The depressed spot price saw hundreds of its global competitors become unprofitable. And nowadays, 85% of all uranium is mined by just 10 companies.

But supply and demand can change with the wind. Brent Crude hit a record low in 2020, as lockdowns saw global demand for oil collapse. But the inevitable eventually happened. When the world’s economies reopened, oil demand soared while supply from production remained muted. And Brent Crude soared to record highs.

The same may now be happening for uranium, after days of political unrest has shocked the gigantic central Asian country. While it produces 1.6 million barrels of oil every day, the average annual income sits at about £2,500 a year. And the Western Europe-sized nation has a population of just 18 million people, the same as London and the South East.

Public protects are illegal without a government permit and previous strikes have been dealt with extremely harshly. But on 2 January, demonstrations began in oil hub Zhanaozen, site of deadly police clashes a decade ago. Protests have now spread across the country, as the government price cap on liquefied petroleum gas was lifted, doubling the price overnight. Many Kazakhs use the gas in place of conventional car fuel for its cheaper price. While the cap has now been reimposed, some of the anger was also directed at former long-time President Nursultan Nazarbayev, who has now been removed from his position as head of the country’s Security Council.

Current President Kassym-Jomart Tokayev said ‘20,000 bandits’ had attacked cultural hub Almaty and he had told security forces to ‘fire without warning.’ Curfews are in place and mass gatherings banned. 3,000 rioters have been arrested, some have been killed, and more than 400 people are being treated in hospital.

Echoing the 2014 Crimean crisis, under the Collective Security Treaty Organization (CSTO), Russian troops have been invited into Kazakhstan under request from Tokayev to help ‘stabilise’ the country. Meanwhile, the US has said it will be monitoring the situation to prevent ‘the seizure of Kazakh institutions.’ This political crisis could see the world’s largest uranium producer cease production overnight.

While uranium isn’t traded on the open market, spot and long-term prices are published by independent market consultants UxC, LLC, and TradeTech. And both were trading for under $15 until 2003.

For those who want to take advantage of this volatility, there are multiple ways to invest in the best uranium stocks.

The first is to buy stocks in mining companies that focus exclusively on the commodity. Canadian Cameco is the largest by market value but made a net loss of $72 million in recent Q3 results.

Australian choices include Paladin, which is up 205% over the past year, and Energy Resources of Australia, up 30%. However, while Canada and Australia are reserve leaders behind Kazakhstan, investing in individual stocks focussed on one mineral comes with some risk. Of course, this strategy also offers higher reward.

A safer choice is to invest FTSE 100 miners Rio Tinto and BHP Group. While both are currently dual-listed in the UK and Australia, BHP is delisting in the UK in 2022. Both are top 10 global uranium producers but also mine multiple other commodities, leaving investors less exposed to uranium price volatility. However, because they don’t focus on uranium exclusively, their share prices can be affected by other factors. Both experienced significant volatility in 2021 as Chinese demand for iron ore prices fell in line with the country’s slumping housing market.

Finally, there there are companies that invest in uranium companies, as well as Uranium-focussed Exchange Traded Funds (ETFs). For example, Yellowcake offers ‘direct exposure to the spot uranium price without exploration, development, mining or processing risk.’ And it’s up 45% over the past year. Similarly, Geiger Counter, which invests heavily in uranium explorers, is up 96%.

One popular ETF is Global X Uranium, up 50% over the year, which tracks both miners as well as nuclear production companies, giving investors wider exposure to the entire supply chain. ETFs are often seen as a middle-risk option, as they offer exposure to one mineral across multiple companies. However, initial investors in the ETF in January 2018 made zero returns until the beginning of last year.

There are advantages and setbacks to every option. However, what’s clear is the best uranium stocks will remain volatile for some time to come.

How to trade or invest in uranium stocks:

1. Research the uranium stock you want to trade
2. Decide whether to trade or invest in shares
3. Open an account
4. Take your position