The Bank of England is forecasting a base interest rate rise in the ‘coming months.' But the US Federal Reserve is insisting that rising inflation is 'transitory.' Could a policy divergence see sterling soar? GBP/USD is one of the most popular Forex currency pairs. And right now, 73% of IG clients are long on the market, with £1 currently buying $1.34.

This optimism for sterling is due to the perceived likelihood that the UK’s Bank of England will raise its base interest rate before the US’s Federal Reserve. As a currency’s base rate is arguably the most important factor in determining its strength, the client consensus isn’t particularly surprising. Moreover, many of these clients will be position traders, prepared to wait until the UK raises its base rate. But the Federal Reserve might act first.

Do you think sterling will strengthen against the US dollar?

Where next for sterling?

The strength of sterling is directly tied to potential interest rate rises in the face of racing inflation. On 4 November, the Bank of England held off from raising the base rate from its historic low of 0.1%, which saw sterling fall 1% against the dollar. Governor Andrew Bailey was labelled a 'bad boyfriend' for indicating to traders that a rise should be expected.

While the Monetary Policy Committee (MPC) voted 7-2 in favour of no change, Bailey described it as a ‘close call,’ with the MPC saying there was ‘value’ in waiting to see how the jobs market coped with the end of the furlough scheme. And it signalled it will be raising rates in the ‘coming months.’

But with the Resolution Foundation reporting that only 136,000 out of the 1.1 million people still on furlough had moved into unemployment or inactivity, the chance of a rate rise has probably now fallen.

And Bailey said the decision was ‘a reflection of the position we’re in.’ His view is that inflation is being caused by the global supply chain crisis, and therefore increasing interest rates domestically will make little difference to consumer prices. But he accepts there will be ‘some need to increase interest rates to bring inflation sustainably back to target.’ And the ONS has predicted that inflation will rise to 5% by April 2022, more than double the Bank’s 2% target.

However, raising rates too soon risks strangling the green shoots of economic recovery, as it would increase the cost of servicing debt, including mortgages and credit cards.

And National Insurance is increasing by 1.25 percentage points in 2022. Corporation tax is rising from 19% to 25% in 2023. Income tax bands are frozen until 2026, while council tax continues to rise by 5% a year. There are even rumours that the student loan repayment threshold might soon be lowered. Demand, and therefore inflation, could drop off without a rate rise.

With rising energy, food, and petrol prices contributing to the cost-of-living crisis, the Bank has a very delicate balance to strike. The most recent MPC report expects price rises to outstrip earnings until 2024. Accordingly, rates could still rise to 1% by the end of 2022. 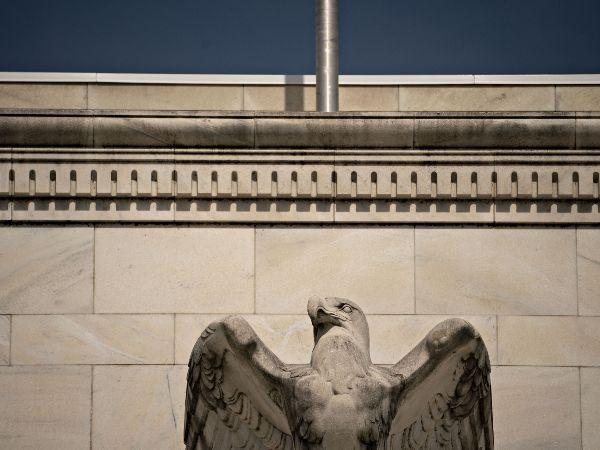 Pressure on the Federal Reserve is also intensifying as US inflation is now running at 6.2%. This is 1.2 percentage points higher than the UK’s expected peak and represents the highest inflation rate since 1990.

Worryingly, the labour department report shows prices rose 0.9% in October, more than double the 0.4% jump in September. Moreover, energy prices are up 30% and food up 5.3% over the past year.

Like the UK, these pressures are being blamed on global supply chain issues. But last week, Chairman Jerome Powell said that inflation has been ‘longer lasting than anticipated,’ and that it was ‘very difficult to predict the persistence of supply constraints.’

President Jo Biden has also just passed a $1.2 trillion infrastructure bill, and could soon increase social spending by $1.75 trillion. This cash influx is likely to have an additional inflationary effect.

This leaves the currency pair in an interesting position where it seems likely that the UK will raise rates before the US, despite having significantly lower inflation. If it does, then sterling will rise. But with inflation running so high across the pond, the Federal Reserve could emulate the Bank of England's unpredictability, and spring a surprise on unsuspecting traders.