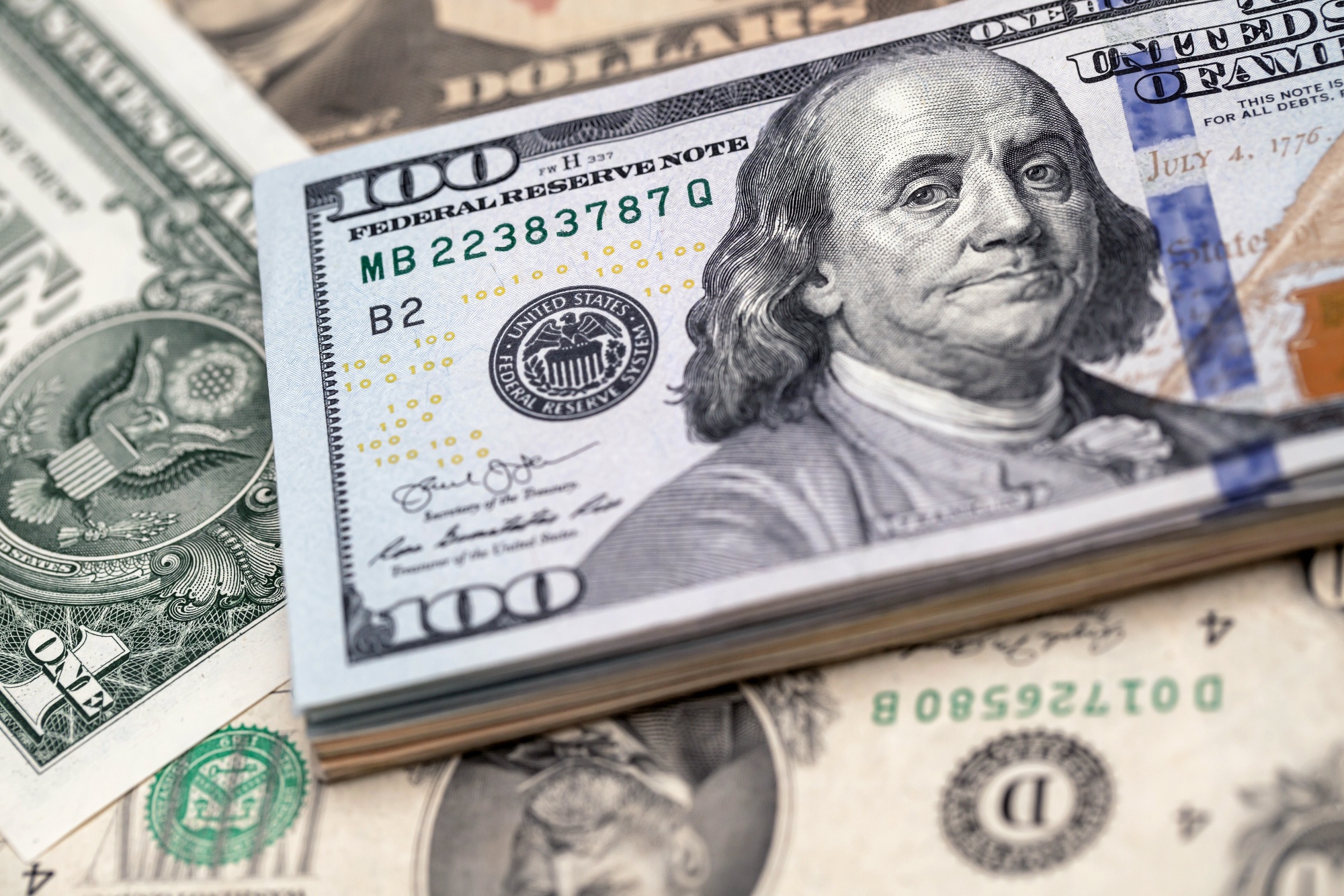 The Euro has thus far held a large portion of yesterday’s gains, which stemmed from ECB President Lagarde’s marginal attempt at pushing back against current market pricing for ECB rate hikes next year. While the President noted that market pricing is not in line with ECB guidance, Lagarde then went on to say that it was not for her to say whether markets are ahead of themselves (as head of the ECB, it kind of is), which in turn, provided a lift for the Euro with additional gains stemming from some pre-month end rebalancing. As it stands, markets are currently pricing in a 20bps rate rise by October 2022, however, this might just be a case of EU rates tracking the global re-pricing in the short-end as opposed to following the actual ECB policy outlook.

That being said, a large focus for today will be on month-end rebalancing, which as it stands has seen investment bank signals tout USD selling across the board. As mentioned yesterday, GBP/JPY has risen 82% of the time on the final trading day of the month, where the S&P 500 has reported gains of 5% or more since 2010.

A reminder as to what month-end rebalancing is…

London WMR Fix (1600 London Time): The WMR Fix is one of the most widely used benchmarks for FX trading, taking place every day within a 5-minute window around 1600 London time. The fix provides a standard set of currency benchmark rates so that equity and bond investors can compare portfolio valuations and performance with each other.

The WMR fix tends to coincide with a sharp rise in trading volume, prompting a sizeable increase in liquidity. Occasionally, this allows for large real money flows to take place without causing too many distortions. However, flows can also be dominant in one direction (strong buying or strong selling) leading to outsized moves in a very short period of time.

The largest bout of volatility stems from the month-end fix, taking place on the last business, where market extreme moves can often occur in the lead up during 15:00-16:00 London Time. These FX flows are derived from mostly equity rebalancing.

As such, if a UK portfolio manager holds US Dollar-denominated assets and seeks to hedge FX risk, then a monthly rise in the value of those assets will lead to more dollar hedging (selling the dollar). For example, if equities are FX hedged and US stocks (S&P 500) have risen on the month, while the FTSE 100 (UK stock market) has traded flat, then UK based investors would sell US Dollars against the Pound to add to their hedge, leading to an appreciation in GBP/USD.

The greater the outperformance of US equity market over the UK would be associated with greater selling of the USD against GBP, prompting GBP to rise even higher. Although, extreme moves can often partially revert in the day following the month-end fix. That said, the occurrence of such event in a market as liquid as FX, suggests that the London fix (month-end fix in particular) is important for FX traders to watch for.

The USD is currently hovering around short-term support at 93.43, marking the March highs. A break below however, opens the doors to 93.20, however, with the Federal Reserve decision on the horizon my view is that additional USD losses are limited from the 93.00 handle. On the topside, resistance is situated at 94.00. 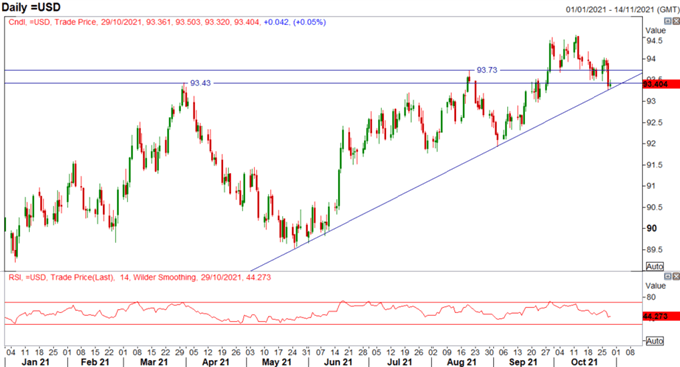