Analysts say these five LSE-listed stocks are among the ones to watch this month. Here are their insights. 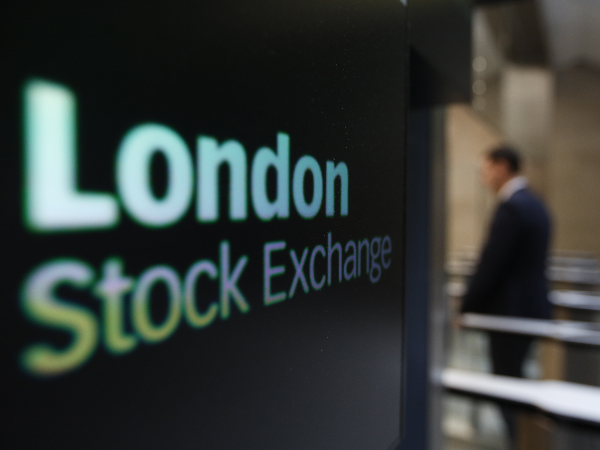 These five London-listed equities are among analysts' most recommended to trade for the month of October 2021, based on their latest ratings, price targets and research.

Their average target price for LLOY shares stood at 53.62 pence, Bloomberg data showed as of 05 October.

JPMorgan rated LLOY ‘overweight’ with a 60p price target, saying the stock may offer the highest upside among UK banks on its forecasts.

Despite a weakening mortgage market, the British financial institution’s top-line recovery remains on track, in JPMorgan’s view, driven by the yield curve and consumer recovery.

One of the strategic challenges facing the lender and incumbents is the growth of new digital banks in the country with technology that also leverages open banking. ‘However, Lloyds retains a unique scale advantage over most other UK retail banks due to its leading market share,’ JPMorgan analysts said.

They continued to see value in Lloyds’ branch network ‘as long as it is used effectively to service complex needs and offer advice, driving growth in fees and increased share in wealth and pensions’.

Meanwhile, Bloomberg Intelligence (BI) wrote that the contribution of UK retail and corporate net-interest income ‘has been a source of pain for many years’ for Lloyds and its peers. This was exacerbated by the 2020 rate cuts.

However, the ‘plunging credit-card balances, a spike in savings, and a net interest margin (NIM) slide look set to stabilise from 3Q’, BI said.

The BI analysts added that the NIM decline may bottom out in late 2021 as Lloyds’ ‘improved guidance is now reflected in consensus, which has improved 4 to 5 basis points since July’.

Go short and long with spread bets, CFDs and share dealing on Lloyds, Rolls-Royce, easyJet and 16,000+ shares with the UK’s No.1 platform.* Learn more about trading shares with us, or open an account to get started today.

The aircraft engineer’s share price has skyrocketed over 28% in the last one month and nearly 40% year-to-date, thanks to improving forecast for the aviation sector and a new 30-year deal with the US Air Force.

The latest price case came from JPMorgan analysts, who raised their price target on Rolls-Royce to 150p from 130p alongside a ‘neutral’ call on 28 September.

According to the firm’s earlier investment thesis, the higher price target was due to higher earnings expectations over the next three years.

JPMorgan also stated that the 100% sale of Rolls-Royce’s Spanish unit ITP Aero to consortium-led investment house Bain Capital on 27 September 2020 for approximately €1.7 billion (£1.45 billion), could boost the group’s free cash flow to around £750 million by 2023.

Finally, the analysts noted that Rolls-Royce’s first half underlying profits for 2021 beat consensus estimates by £536 million, which indicated that its cost-cutting programme is starting to pay off.

Equity brokerage Redburn, meanwhile, upgraded the RR stock to a ‘buy’ from ‘neutral’, citing potential ‘material upside’ in the engine maker’s shares in the next couple of years with wide-body flight hours expected to recover.

Elsewhere, Morgan Stanley analysts also lifted their price target on Rolls-Royce to 134p from 106p while maintaining an ‘equal weight’ recommendation on shares.

The low-cost carrier’s share price shot up as much as 25% in the last three weeks.

The rally came after easyJet went ex-rights on 13 September 2021 following a £1.2 billion rights issue, and after the US announced it would relax travel restrictions on the UK and EU countries.

As at the end of September, 14 analysts recommended ‘buy’ on EZJ’s stock, eight suggested ‘hold’, while one gave a ‘sell’ call. Their average target price was 765.52p per share, Bloomberg data showed.

Regarding easyJet’s rights issue, Deutsche Bank analysts wrote that ‘the timing and amount of the equity raise make sense’. They reiterated a ‘buy’ rating while eyeing a 750p target on EZJ shares.

The company is expected to receive the net proceeds on 01 October 2021.

‘With easyJet’s balance sheet set to be in a much better place as it emerges from the Covid-19 crisis thanks to the proceeds from the rights issue, and with management focusing on cost to the potential benefit of profits per passenger, we see the group as heading in the right direction,’ Deutsche Bank said.

Meanwhile, JPMorgan was ‘neutral’ on the EZJ stock, and reduced its target to 595p partly given the significant dilution to earnings per share from the rights issue.

However, the rights issue ‘meaningfully improves EZJ’s gearing’ and also allows the company to invest in new airport slots and potentially in new, more fuel-efficient aircraft, the research team noted.

‘Assuming EZJ does not receive another takeover bid, we consider the shares fairly valued,’ JPMorgan said.

Trade these five UK stocks and over 16,000 international shares from zero commission with us, the UK’s No.1 trading provider.* Learn more about trading shares with us, or open a live or demo account to get started today.

The supermarket chain’s share price has burgeoned some 65% since a takeover bidding war for complete ownership commenced in July 2021.

Finally, after rounds of discussions, US private equity group Clayton, Dubilier & Rice (CD&R) emerged as the auction winner with a £7 billion (US$9.5 billion) offer.

Morrisons' board of directors will now present the offer to shareholders at a meeting scheduled for 19 October. If the bid is approved by shareholders, CD&R will officially take over Morrisons by November.

Morningstar analysts said in their latest note that they ‘don't expect to change’ their 285 per share fair value estimate for Morrisons, ‘which reflects the recently accepted offer by CD&R’.

The analysts also cited the group’s first-half results for fiscal 2022, taking note of online sales in particular, which they said ‘grew strongly’ - up 48% year-on-year and up 237.10% on a two-year basis via Morrisons.com and Morrisons on Amazon.com.

They also referenced group management's outlook regarding net debt, cash flow and profit growth as ‘confident’, which is in part due to ‘lower expected coronavirus costs, and a recovery in lost sales and profits from fuel and food to go’.

The online fashion retailer’s share price has plunged nearly 18% since it reported first half results for 2022 on 30 September.

Although Boohoo's sales increased 20% in 1H 2022 against the corresponding period in 1H 2021, ‘performance in the second quarter was impacted’ by UK returns rates returning to pre-pandemic levels, physical stores reopening and consumer uncertainty in markets where it operates.

This resulted in the loss of key events and holidays, as well as continued COVID-19 related disruption across the group's key international markets, which has impacted international delivery timeframes.

The e-commerce group also warned of ongoing short-term cost headwinds experienced in the first half, which are expected to continue in H2 alongside ‘recent freight inflation in our supply chain and wage inflation within our distribution centres’.

Consequently, adjusted EBITDA margins are now expected to be 9% to 9.5%, compared to 9.5% to 10% as previously guided. Capex, meanwhile, is now expected to be around £275million for the year, slightly above the top end of previous guidance of approximately £250 million.

Following the guidance, Barclays analysts lowered their Boohoo stock price target to 415p from 530p. They continue to eye an ‘overweight’ rating on the shares as of 04 October.

Keen to trade these FTSE stocks?

Are you feeling bullish or bearish about Lloyds, Rolls-Royce, easyJet, Morrisons, Boohoo other FTSE constituents?

You can now buy (long) and sell (short) a range of assets - from shares to forex – via spread bets, CFDs and share dealing on our award-winning platform in a few easy steps: