One of the UK’s largest lenders, Lloyds Banking Group, attracted largely optimistic ratings from analysts on its stock’s prospects. 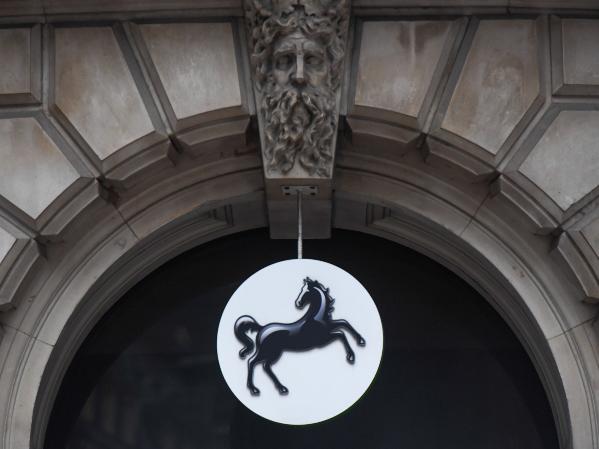 Shares of Lloyds Banking Group dropped 1% day-on-day to close at 44.81 pence on Monday

At Monday’s close, London’s blue-chip FTSE 100 index had finished 0.2% lower, extending losses for the third consecutive session, with Lloyds and other financial names among the worst performers.

Those with recent ‘neutral’ or ‘hold’ ratings included Berenberg, Goldman Sachs, and BNP Paribas, with price targets of 48p, 49p, and 54p respectively.

What is the outlook on Lloyds?

JPMorgan rated LLOY ‘overweight’ with a 60p price target, saying the stock may offer the highest upside among UK banks on its forecasts.

Despite a weakening mortgage market, the British financial institution’s top-line recovery remains on track, in JPMorgan’s view, driven by the yield curve and consumer recovery.

One of the strategic challenges facing the lender and incumbents is the growth of new digital banks in the country with technology that also leverages open banking. ‘However, Lloyds retains a unique scale advantage over most other UK retail banks due to its leading market share,’ JPMorgan analysts said.

They continued to see value in Lloyds’ branch network ‘as long as it is used effectively to service complex needs and offer advice, driving growth in fees and increased share in wealth and pensions’.

Meanwhile, Bloomberg Intelligence (BI) wrote that the contribution of UK retail and corporate net-interest income ‘has been a source of pain for many years’ for Lloyds and its peers. This was exacerbated by the 2020 rate cuts.

However, the ‘plunging credit-card balances, a spike in savings, and a net interest margin (NIM) slide look set to stabilise from 3Q’, BI said.

The BI analysts added that the NIM decline may bottom out in late 2021. ‘Lloyds' improved guidance is now reflected in consensus, which has improved 4 to 5 basis points since July,’ they noted.

Last Friday, a UK banking lobby group that represents lenders such as Lloyds, HSBC, and Barclays said Britain should consider dismantling the mandatory ring-fencing of capital for retail banking.

This is so that the country’s financial sector can remain competitive post-Brexit, said UK Finance.

Banks with deposits of £25 billion or more are required to cushion their retail divisions with extra capital, Reuters noted

Britain started a review of the ring-fencing rules this April, with a report expected next year.

UK Finance said the rules add to complexity and costs, which could harm the sector’s competitiveness, Reuters reported.

Learn how to buy, sell and short Lloyds shares with IG.

Go short and long with spread bets, CFDs and share dealing on Lloyds and 16,000+ shares with the UK’s No.1 platform.* Learn more about trading shares with us, or open an account to get started today.